With the March Madness Mania app for iOS devices the user will receive in-depth analysis from college basketball analysts such as Andy Katz, Jimmy D, Fran Fraschilla, Dick Vitale and others. The user can stay in touch with late breaking stories, predict which team your favourite team will play next as they head for the Final Four and to the championship game in Indianapolis.

The March Madness Mania app can be downloaded to your iPhone or iPod Touch running iOS 3.0 or above at the cost of $1.99 from iTunes. 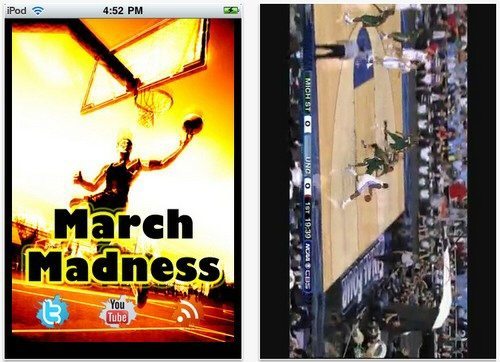