Now that the Android 2.2 Froyo toting HTC Thunderbolt is out in the field as it were, the device seems to be experiencing a couple of problems. Firstly there’s chatter that the Thunderbolt has an issue with battery life as reported (here) and now a mobile hotspot problem has come to light.

According to an article over on Engadget, when they first reviewed the HTC Thunderbolt, on a single occasion they noticed a cycling between CDMA and LTE coverage, which rendered the mobile hotspot kind of useless as it dropped connection to tethered devices every time.

Apparently the guys aren’t the only one experiencing the mobile hotspot problem with the HTC Thunderbolt either as the Verizon support forums show that several others are having this issue.

So just how big an issue this hotspot problem will turn into is not too clear at the moment, so we’d like to hear from any of our readers that own an HTC Thunderbolt if you are experiencing the same problem and to what degree, by posting to our comments area below. 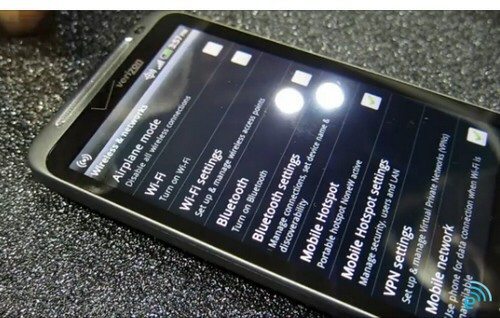