For those of you that like rooting your mobile devices, if you own the WiFi version of the Android 3.0 Honeycomb touting Motorola Xoom tablet, you can now gain root access to the device so you can tinker to your hearts content.

According to Android Central, the hacking aficionados over at XDA-developers have now released the necessary to root the WiFi-only model of the Motorola Xoom, which involves using an Android SDK along with a certain amount of code knowledge.

Of course if you do choose to gain root access to the Motorola Xoom you will void the tablet’s warranty so if anything should go wrong you’ll be on your own, but if you wish to give it a go you can grab all that’s required from the XDA guys.

We also have a video, which shows how to root the Motorola Xoom WiFi model for those that wish to try courtesy of YouTube user HBGadgetHacks and lasts six and a half minutes, so check that out before going ahead, and if you do give it a go feel free to let us know how you get on…enjoy. 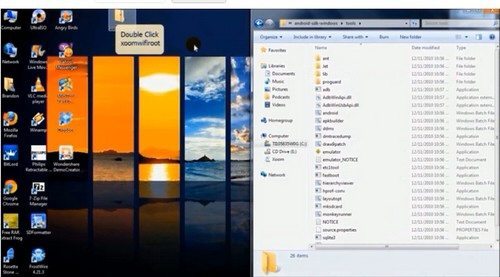 One thought on “Motorola Xoom WiFi Model Gets Root: Video”