As you are no doubt aware if you are an owner of the Apple iPad 2, the iOS tablet can use a version of the popular Mac app iMovie that enables the user to shoot videos, but with the iOS version of the iMovie app the user can also edit their videos.

So what we have for the iOS faithful’s consideration below is a review video of iMovie for the Apple iPad 2 courtesy of the guys over at Phone Arena, and delivers three and a half minutes of getting to know the iMovie iOS app.

The guys have of course done a written review of the app which can be read over on their website, but if you don’t have time for that you can simply check out the footage. The guys say that the iOS iMovie app interface is similar to that of the Mac version although it doesn’t offer the same variety as the Mac version.

Apparently once you’ve edited your video with iMovie you can export the footage to the camera roll or social networking sites such as Facebook, Twitter, Vimeo or other, although iMovie for iOS does the job it doesn’t have the feature rich editing tolls of the original version.

So with that all said I’ll just let you make the jump to hit that play button and check out ther review of iMovie for the Apple iPad 2, and if you use the app which is available from iTunes for $4.99 feel free to let us know what you think of the app…enjoy. 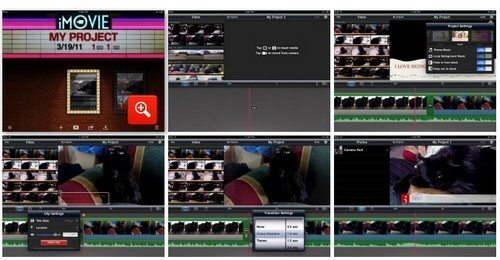