According to an article over on 9to5 Mac and by way of TUAW, a member of Macrumors forums has posted when BlackBerry Messenger will become available to the iconic iOS smartphone…

” RIM had a Social Media conference today in Toronto, and my entire college business and marketing class was invited to the event. RIM’s co-ceo Jim Balsillie revealed that they plan to bring BBM and “other services” to iPhone on April 26 via the app store. Major news networks are expected to pick up on this very soon! Balsillie also revealed that they plan to release an update to the app this summer which will take advantage of a new “notification system”!!!

So with RIM enabling BlackBerry Messenger for both Android and iOS, and with the BlackBerry Playbook playing nice with Android apps, one wonders if we’ll ever see iOS apps being made by Apple to play on Android and BlackBerry.

What do our reader’s think about all this, should different platforms open up and share apps or should they remain on their own platforms? 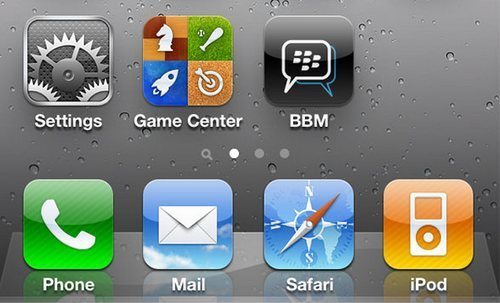