There have been several leaked images of the successor smartphone to the Sony Ericsson Xperia X10 Mini Pro, and apparently the Internet has now been treated to a few more leaked pictures of the Android device.

According to an article over on Ubergizmo by way of Trusted Reviews, and Esato, a Chinese website had managed to snap a few images of the successor smartphone which will come out to play packing Android 2.3 Gingerbread.

There’s nothing really new to be gleaned from the images of the device but it does appear to be much the same as the original Sony Ericsson Xperia X10 Mini Pro including that slide out QWERTY.

As for what the device is called, well the Ubergizmo guys the device codename is Mango, although nothing to do with Windows Phone 7 of course, and just when e are likely to see the Android handset materialise in the public domain is still somewhat of a mystery.

So we’d like to ask is anyone really interested in an Android Gingerbread version of the Sony Ericsson Xperia Mini Pro or is it too late coming to the game? 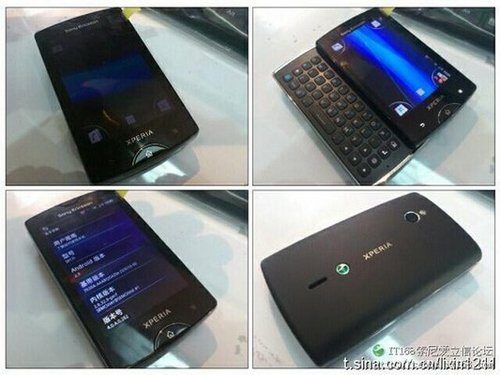