So for most who are waiting for the Droid Bionic to hit Verizon it would appear that things are becoming less clear as according to an article over on Phandroid by way of Droid-life, it appears that the Droid Bionic is slowly being purged from the Motorola website.

The word is that a link of the handset’s main page, the front page carousel sends one to the product page showing all devices and when clicking through “Android devices” you are show a list of Motorola Android products where the Droid Bionic isn’t listed.

However, apparently according to Droid-life the Droid Bionic was scheduled for release as of the 12th of May but will now appear as an enhanced version sometime this summer, presumably the Motorola Targa.

So what do our readers make of this, do you think Motorola is purging the Droid Bionic from existence, do you still want the Bionic rather than the Targa? 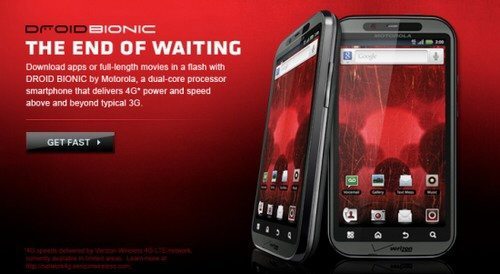 6 thoughts on “Droid Bionic Being Purged from Motorola Website”