Droid Charge Offered By Wirefly As Of Today

The Samsung Droid Charge is an Android 2.2 Froyo smartphone capably of playing nice on Verizon’s 4G LTE network, (once Verizon gets the network up and running again of course) with a 4.3-inch Super AMOLED PLUS touch screen, 8 megapixel camera with LED flash and 1.3 megapixel front facing camera.

So there you have it, you should be able to purchase the Samsung Droid Charge from Wirefly as of today, so anyone going to be j=hitting up Wirefly to pick up their Droid Charge? 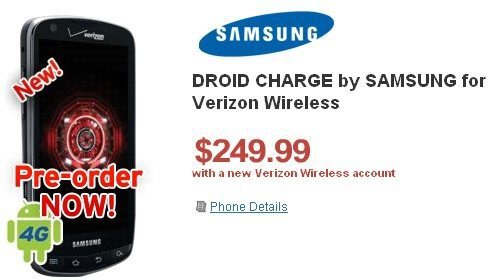