iPhone Jailbreaking, Saurik Says Why You Should: Video

There are many iOS faithful out there that jailbreak their iPhone, but there are of course many that shy away from jailbreaking the iOS device. So what we have for your consideration today is an interview with Jay Freeman, also known as Saurik who runs Cydia.

In the video interview, which comes our way courtesy of iSpazio, Saurik lets people know why they should jailbreak their iPhone. For some reason YouTube removed the original footage but the guys at iSpazio reported it.

Saurik says jailbreaking your iPhone is having the freedom to do things that are outside the scope of an app so you have to go above and beyond what you can normally do. Many people are concerned that if you jailbreak your iPhone you wont be able to use the App Store any more, however that is not the case and everything you could do before you can still do but with the added ability to use Cydia apps.

So if you are still sitting on the fence over jailbreaking your iOS smartphone, head on down, hit that lay button and check out what Saurik has to say on jailbreaking the iPhone…enjoy. 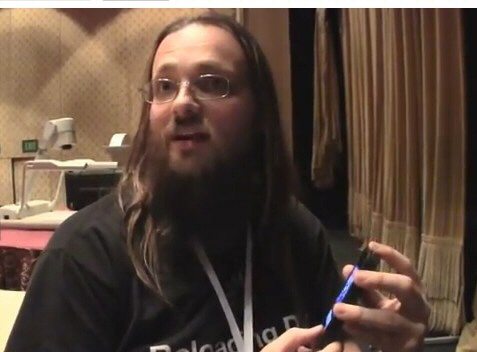 One thought on “iPhone Jailbreaking, Saurik Says Why You Should: Video”