According to the guys over on Apple Insider the white iPad 2 seems to be the most popular in China and the Apple store in Beijing saw a line of hundreds waiting at 10am local time with reps allowing a handful of customers in at a time while “dozens” of scalpers were outside offering to sell the Apple iPad 2.

Apparently the launch of the next generation tablet attracted more custom than the release of the original Apple iPad last year although it is suggested that the weather could have been the reaso9n as last year the launch was rained out.

This time round Apple retail staff has organised rules for those opting to camp out overnight to grab the Apple iPad 2 and provided numbered wristbands and a waiting area and a sign, which read…

Looks like Apple is doing well in China with the iPad 2, do you prefer the white iPad 2 to the black tablet? 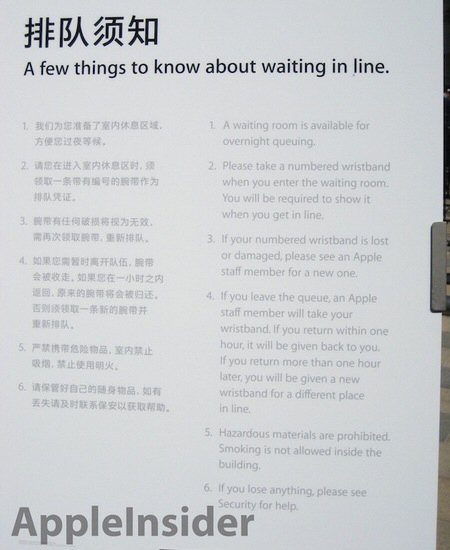