Well now it appears that AT&T is in line for a couple of new Android devices destined to surf the AT&T network at some point in the future, the two devices are called the HTC Puccini and the HTC Holiday, one tablet the other a smartphone.

According to an article over on Phone Arena by way of Pocket Now, the HTC Puccini is apparently an 10-inch tablet and the rumour is the tablet may run Android 3.0 Honeycomb whilst being able to play nice on AT&T’s 4G LTE network once its deployed later in the year.

The word on the HTC Holiday is that it is some kind of Android smartphone that could possible sport a front facing camera, and again may run on AT&T 4G LTE network, but other than that details on both HTC devices are rather scarce at the moment.

Apparently the monikers are internal names for the HTC devices so could well come out as something else. That’s about all we have for now, but as soon as we hear more we will of course pass it along. 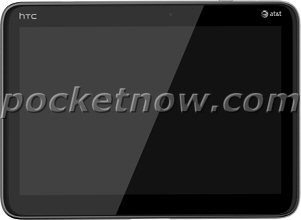