Back in March the LG Revolution made its way through the FCC and although the word was the LG Revolution is expected to release on the Verizon network as of today the 12th of May, as we reported previously (here), it appears that release date will be delayed.

Apparently a revised version of the LG Revolution that was passed by the FCC yesterday will be the model destined for the US although currently it isn’t clear what the differences are as both handsets carry FCC approval for WiFi, Bluetooth, 4G LTE and CDMA/EVDO 850/1900 bands.

Thus it would appear that anyone expecting the LG Revolution to become available on Verizon today will be somewhat disappointed, and can only hope that the Android device will make an appearance sometime soon. 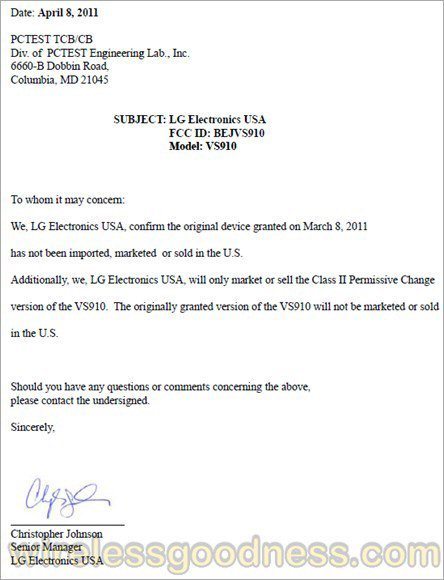 3 thoughts on “LG Revolution Revised Version Heading for US”