Those that are patiently awaiting the release of the Motorola Droid X2 probably know that the Android 2.3 Gingerbread smartphone is expected to arrive at Verizon on the 26th of this month as previously reported (here).

Now according to the guys over at Engadget, the Motorola Droid X2 has popped up on both the Motorola Support site and the Verizon accessories website, which kind of confirms the smartphone should be landing quite soon.

Furthermore the rumours Motorola Droid X2 specs of a 4.3-inch qHD display and 1GHz dual-core processor have also been confirmed by way of the Droid X2 user guide, which can be found by hitting up here (PDF).

So there it is a little confirmation from the official sources, so are you eagerly waiting for the 26th of May to come around so you can snap up your Motorola Droid X2? 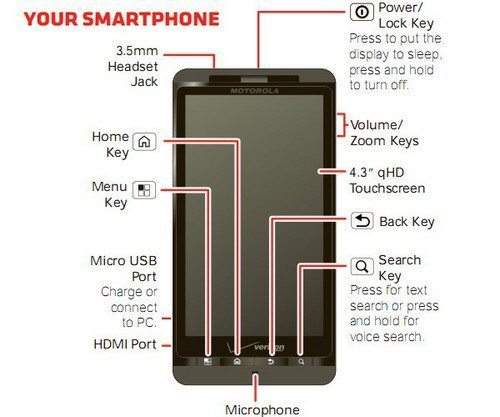