There is a possibility that when owners of the HTC Thunderbolt eventually get their official Android 2.3 update, it could come with a new video chatting tab as indicated in the leaked version of the update.

As indicated by the screen print (below) taken from the leaked version of the Gingerbread update, there is definitely an option to sort your contacts by those with video chatting capabilities. The Video Chatting feature and Skype Video were initially expected to be pre-loaded on the HTC Thunderbolt back when it released. However, Skype did not play nicely on the smartphone and therefore, it was not ready before the handset launched. 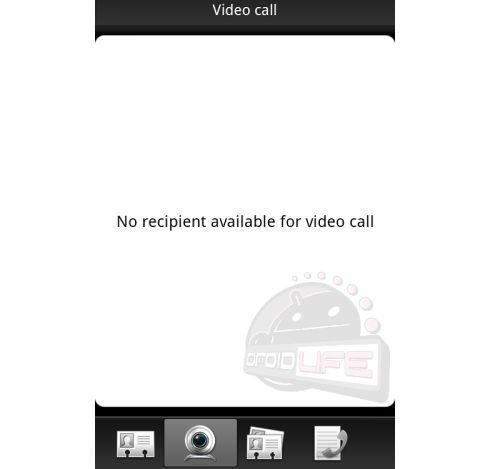 As stated in the article by the guys at Droid-Life, they tried to load up Fring on their device to see if this would work the video chatting, but without success.

So could the video chat feature have a connection with Google Talk? Maybe Skype could be introduced to the smartphone in the near future? It looks like we will just have to wait and see, watch this space.

Please leave us your thought on the video chatting tab possibly coming with the new Android 2.3 Gingerbread update.