RIM have yet to roll out their BlackBerry Internet Service 4.0 update. However, an announcement on their official BlackBerry Support Forums yesterday indicates that it could be coming soon.

The official set of features from RIM’s BlackBerry Internet Service 4.0 update have been known for over a month now, but until yesterday there was no indication of just when the update would be rolled out. Whilst, no exact date has been given for the updates distribution, the announcement yesterday is an indication of it possibly arriving sometime soon. 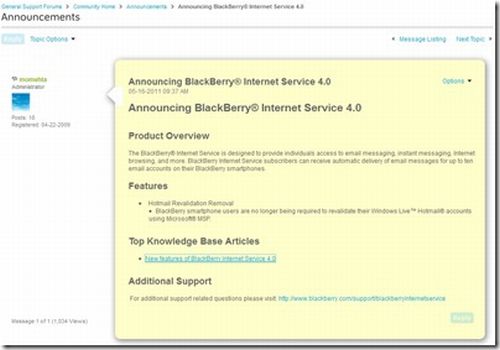 Please give us your thoughts on the announcement of the new BIS 4.0 update and the features it offers.