Droid Bionic Cases Pop Up But For Old Version

Ouch, it appears that accessory firms may have made a bit of a faux par when it comes to accessories for the Motorola Droid Bionic, as Droid Bionic cases are appearing at retiles but for the old version of the smartphone that was cancelled.

The guys over at Droid-life have discovered the cases, which appear to have been made for the original Motorola Droid Bionic and are on sale at such retailers as Meijer at a cost of $29.99.

Unfortunately the new Droid Bionic is expected to look like the Motorola Droid X, so the cases that are available now probably wont fit the Droid Bionic once it sees the light of day both the speaker and camera have been adjusted.

According to the guys, from what they have been told, the new Motorola Droid Bionic will probably resemble the Motorola Targa more than anything else, so it would appear that accessory makes for the Droid Bionic have made a boo-boo, so don’t go picking up any of these cases just yet. 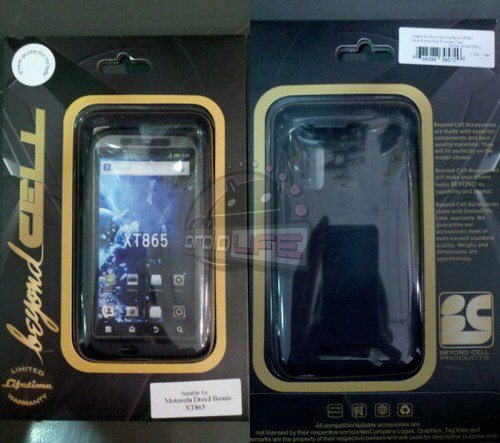