The first tablet from the Research In Motion camp, the BlackBerry PlayBook was originally torn down not long after it became available by the iFixit guys by the article was in text form, but now we have the disassembly and reassembling of the BlackBerry Playbook captured on video for your viewing pleasure below.

The visual teardown and reassembly of the BlackBerry PlayBook comes our way courtesy of Ubergizmo and by way of Berry Review and the Directfixit YouTube page and lasts just over nine minutes of ripping into the RIM tablet.

Basically the video footage shows those who would like to attempt to repair their BlackBerry PlayBook how to take the thing apart but putting it all back together again is down to you however they do show you how to replace the LCD and touch screen panel.

Naturally we don’t recommend you tamper with your BlackBerry PlayBook in any way but if you are interested in finding out how to do so then head on down and hit the play button, and if you do have a go feel free to let us know if you experienced any problems or not…enjoy. 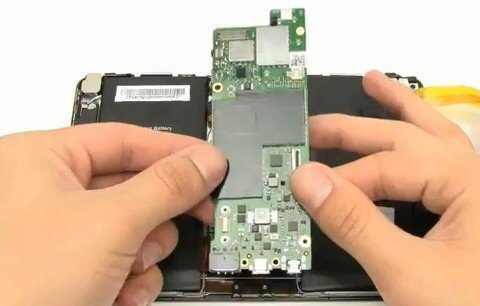