One would have thought that Apple would have learnt a thing or two over all the commotion with the iPhone “antennagate” issue, but when it comes to the Apple iPad 2 it appears now, for some anyway, as the word is the second iOS tablet suffers from death grip problems, and we have video evidence below for your consideration.

The iPad 2 “Antennagate”? video comes our way courtesy of the guys over at Daily iPhone Blog and by way of App Advice who had a reader contact them concerning WiFi performance on the Apple iPad 2, the reader said…

“Seems the ipad2 has antenna gate also, I have noticed this for awhile. If I hold the ipad 2 on the sides my wifi drops to 2 bars but when I move my hand away from the left side it speeds up again. I guess if I bought a case for it that would [m]ake it go away. Has anyone else said anything about this?”

Apparently the reader isn’t alone in their death grip experience, as MacRumors forum has been covering the issue. So head on down, and check out the video footage and feel free to let us know if your Apple iPad 2 also has the same problem by posting to our comments area below. 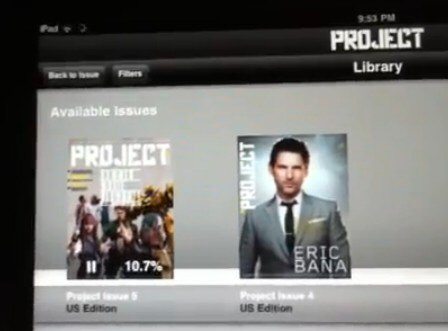