For those that are still sting on the fence pondering whether to purchase the Google Nexus S 4G from Sprint, perhaps a nice video walkthrough of the Nexus S 4G software may sway you one way or the other, and so that’s what we have for your viewing consideration below.

The Sprint Nexus S 4G software tour video comes our way courtesy of the guys over at Pocket Now and lasts just over the four-minute mark, and the guys say since the Google Nexus S 4G is running an “unbranded” version of Android Gingerbread there isn’t a great deal that sets the device apart from other Gingerbread packing handsets.

Furthermore they say that this also means that you lose c bit of functionality that would usually be included with a manufacturer or carrier branded version. As an example, the default Samsung handset software delivers extra capabilities and tools whereas the Gingerbread handset doesn’t.

Anyway I’ll leave it right that and let you head on down to hit that play button and check out this tour of the Sprint Nexus S 4G software…enjoy. 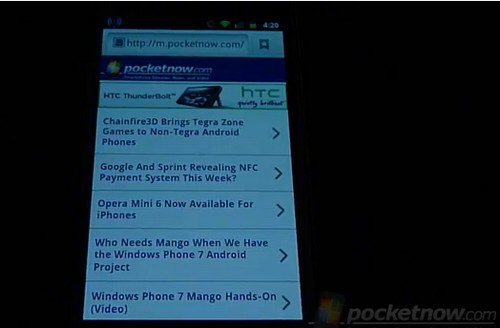