Well now here’s a little turn up for the books, for quite some time now the iPhone 4 has been at the top of the game when it comes to the popularity stakes, however here in he UK it would appear that the iPhone 4 has lost some of its attraction as the iOS handset has now been beaten by the Samsung Galaxy S2.

According to the guys over on Unwired View, over here in the good ole UK, the Samsung Galaxy S2 is outselling the iPhone 4 according to the latest from uSwitch and their mobile tracker, just like previously over in South Korea.

Having said that of course the iPhone 4 will start to lose its attraction as the handset is almost a year old, and no doubt once Apple push out the iPhone 5 or iPhone 4S Apple will grab the top slot once again, but for now the UK Android faithful can savour the knowledge that an Android handset is currently beating the iPhone. 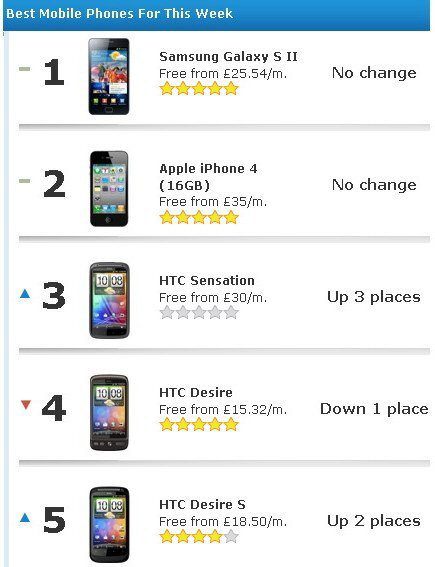