According to an article over on Droid-life, although the Motorola Droid X gained Android 2.3 Gingerbread over the weekend it would appear that the Droid pro is now receiving the Gingerbread update as well as a couple of owners opened up their handset and found the update waiting for them to download.

The guys suggest that all Motorola Droid Pro owners try to grab the Android update before Motorola take it down, and it would appear that the Motorola Droid 2 will still be kept waiting for the update.

However the guys have posted a video of the Motorola Droid Pro running Android 2.3.3 Gingerbread, and of course we have that video footage for your viewing pleasure below so don’t forget to check it out. Has any of our Droid Pro owning readers gained the Android Gingerbread update yet? 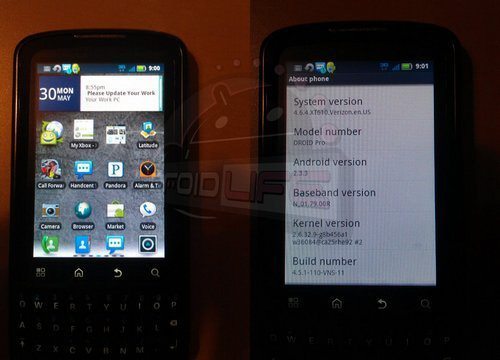