For the Verizon Droid faithful out there that are waiting for anything on the next Droid smartphone, the Motorola Droid 3, it appears that the Android handset has now been to focus of a few tutorial videos that show off a few details of the soon to be released handset, and of course we have those videos for your viewing pleasure below.

The three Motorola Droid 3 tutorial videos come our way courtesy of the guys over at Engadget and by way of PhonePads who somehow managed to get hold of the footage that when combined offer a four minute look at the Motorola handset.

What we do learn from the footage is that the Motorola Droid 3 will indeed pack an 8 megapixel camera with 1080p HD video apparently, a couple of volume keys to the right edge, microUSB and mini-HDMI ports, and the loss of the dedicated camera button.

No9ted at the bottom of all the tutorial videos though is that the “software shown may not be final,” still if you are interested in the Motorola Droid 3 head on down and mash those play buttons for a closer look…enjoy. 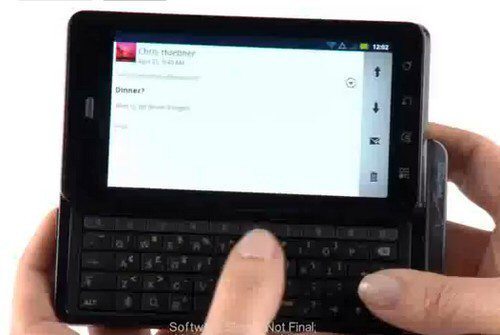