iOS 5 Rumours Before WWDC 2011 Kicks Off

Over the last few weeks/months there have been several rumours on what the mobile space might expect with Apple’s latest mobile operating system, iOS 5, and no doubt all will be revealed later today when WWDC 2011 kicks off at about 6pm here in the UK.

Thus the guys over at Recombu have rounded up several iOS 5 rumours ahead of the grand opening of WWDC 2011, and we thought we’d pass that list of iOS 5 rumours along to our readers to see what they think.

Obviously the first rumour is Apple’s new iCloud service that enables the iOS faithful to stream such goodness as music, and store files on the cloud enabling the iPhone or Apple iPad user to connect to their media anywhere.

The other biggie is of course iOS 5 that is expected to integrate iCloud heavily so the user can back up everything stored on the iPhone or on your iCloud/itunes account.

IOS 5 is also expected to deliver a new notifications system, with notifications showing just below the battery status bar, and something those that use Android know all to well.

Another rumour is that Apple will go the widget route; something that apparently GSMarena say could be might be integrated into the new notifications system with icons showing more data.

Then there the rumour of true multitasking with iOS 5, although proper multitasking could prove a bit of a strain on the iPhone’’s current processor. Then there’s rumour of Twitter integration for both the iPhone and iPad enabling the sharing of images, app links and likes to other Twitter followers.

How about auto-updates to iOS? IOS app getting automatic updates and would get rid of the necessity to manually check. Apparently a MacRumors reader spotted…” if your device has Automatic Download enabled for apps, your updates will download to your device without having to sync.”

Then there’s the rumour that the iPhone 3GS is headed for the mobile graveyard and thus will not receive iOS 5, perhaps this will upset many iPhone 3GS users, but as Apple continues to push out new devices they no doubt want people to upgrade rather than sitting with a years old iPhone, so this could be the reason the iPhone 3GS is being retired.

All rumours at present but in a few hours time we will all learn if these rumours are anywhere close to Apple’s plans or not. 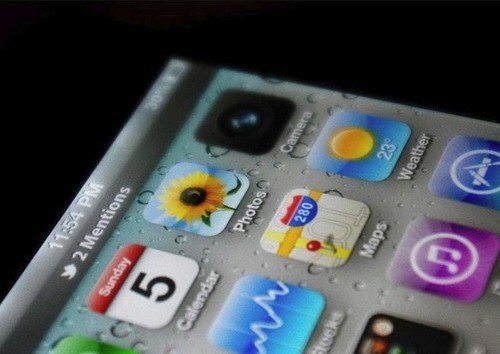