Apple’s Worldwide Developer Conference 2011 is almost upon us with just a few more hours to go before kick off time, and earlier we posted a video of those waiting in line at midnight Pacific Time, and now we have another video showing how that line grew by 4:15AM Pacific Time, along with a picture of someone sitting in that crowd.

The video comes our way courtesy of the guys over at 9to5 Mac and shows just how large the WWDC 2011 line has grown within a few hours, all iOS faithful waiting to hear the latest from Steve Jobs and gang.

A rather well known figure of the iOS unfaithful is also attending and waiting in line as Matthew Panzarino of The Next Web tweeted a picture of none other than John Freeman also known as Saurik and creator of Cydia patiently awaiting opening time.

So there you have it, perhaps Saurik is hoping to get a little insight on what Cydia can do with iOS 5 and iCloud when Steve Jobs unveils it. So until the net runs rife with all things WWDC 2011 enjoy the video. 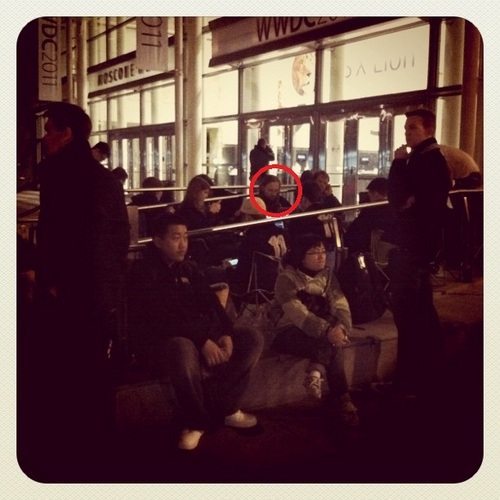