Remember way back all the stick Apple took over the iPhone 4 antenna issues, a problem that earned the nickname “death grip,” well it appears that the HTC Sensation may also be experiencing “death grip” problems of its own, and we have video evidence for your consideration below.

The two videos below come our way courtesy of Slash Gear by way of Mobile Crunch and Nordic Hardware who tested the issue and have found that when a user holds the HTC Sensation in a particular way Bluetooth and WiFi performance is reduced.

Apparently the “death grip” problems could be caused by the HTC Sensation’s rear cover, which is a removable metal battery cover with plastic patches that functions as antenna and apparently if the users hand covers one of the patches the issue happens.

Thus the two videos below offer evidence on this problem, the first showing “death grip” during Bluetooth audio playback and the second showing the problem affecting WiFi signal, so head on down and check them out.

We’d like to know if any of our readers who own the Android packing HTC Sensation have noticed this “death grip” like problem with their device and if so feel free to let us know by posting to our comments area below. 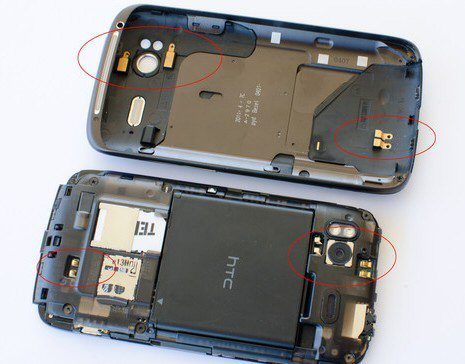