For the iPhone faithful out there that are all a fluster over Apple’s announcements at WWDC 2011 and in particular iOS 5, we have a couple of iOS 5 videos for your viewing pleasure below. One of iOS 5 running on the iPhone 4 and the other is a first look at the set up.

Both these iOS 5 videos come our way courtesy of the guys over at 9to5 Mac, with the iOS 5 on the iPhone 4 video by way of 9to5Vids and the Set Up video courtesy of YouTube user XcodeDev.

The iOS 5 on the iPhone 4 tour video lasts just over eight minutes of checking out the new operating system on Apple’s famous iOS smartphone, while the other video does what it says on the tin, and shows the first set up of iOS 5.

Just a little video footage to further thrill the iOS faithful out there, so head on down, punch those play buttons, sit back and enjoy. 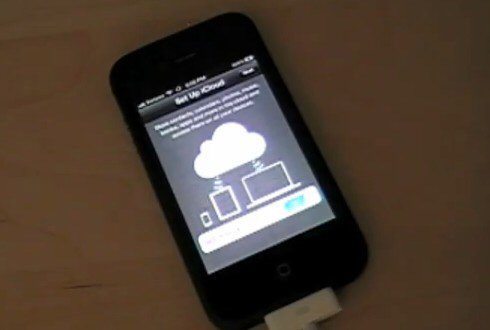