Originally it was presumed that Apple would overlook the iPhone 3GS when it came to receiving iOS 5, however Steve Jobs did confirm during the WWDC 2011 keynote that the iPhone 3GS would indeed receive iOS 5, and we now have a video demo of iOS 5 running on the iPhone 3GS for your viewing approval below.

The iOS 5 running on the iPhone 3GS comes our way courtesy of the guys over at 9to5 Mac and by way of YouTube user Banolka, and delivers an almost eight minute preview of the new iOS running on the old 3GS.

The 9to5 Mac guys do say though that if Apple sticks to their history, then the iPhone 3GS probably wont see all of the new features found in iOS 5 like the iPhone 4, Apple iPad, Apple iPad 2, and 3rd and 4th gen iPod Touches will.

The guy in this iOS 5 on the iPhone 3GS begins with what does work on the 3GS first, so to find out more head on down and hit that play button and find out what features have been stripped out…enjoy. 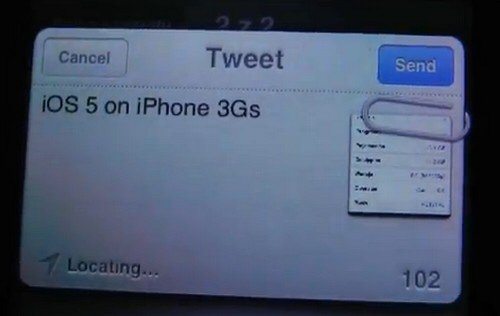