For all you iOS and Android gamers out there the word is the first Gameloft Unreal Engine mobile game for iOS and Android will soon be making its debut on the App Store and Android Market, and that game is called March of Heroes from Gameloft, who have now released a trainer of the game and we have that video below.

The March of Heroes iPhone/ipad/Android debut trailer comes our way courtesy of the guys over at Phone Arena and by way of GSMArena, and of course the Gameloft YouTube page and delivers and cool look at the first Unreal Engine game for iOS and Android devices.

March of Heroes for iOS and Android is a first person shooter game and judging by the trailer is a pretty good one with really good graphics so should be a hit with mobile gamers out there.

Just when March of Heroes will become available to the iPhone, Apple iPad and Android devices, or for how much, Gameloft has yet to say, so until then head on down and check out this debut trailer of March of heroes…enjoy. 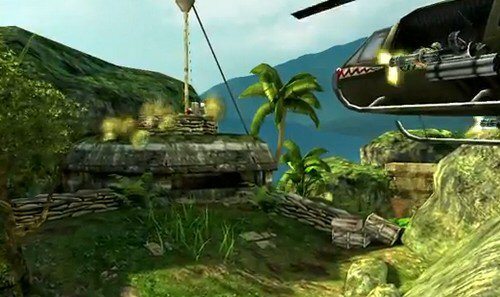