Apparently Apple isn’t just ripping off Android tech for their iOS 5 like they did with notifications, the word is Apple is also ripping off a previously rejected iPhone app called WiFi Sync, which Apple booted out roughly a year ago due to security fears.

According to the guys over at Slash Gear, The Register is reporting that the WiFi Sync app created by UK developer Greg Hughes was rejected by Apple for inclusion in the App Store so Hughes offered his app to Cydia where it is doing rather well.

However apparently Hughes was somewhat aghast when he saw Apple unveil WiFi Sync in iOS 5 as apparently not only does it sport the same name but apparently the logo is almost spot on to the developer’s logo as well.

In Hughes words… “Obviously I was fairly shocked. I’d been selling my app with that name and icon for at least a year. Apple knew that, as I’d submitted it to them, so it was surprising to see that.”

Thus it would appear that if you are an iOS developer, and have your app rejected by Apple you just might see it pop up in future versions of their iOS as obviously Apple isn’t averse to using other peoples ideas without their consent, although no doubt Apple would say they thought of it first, and after all Apple does what Apple pleases. 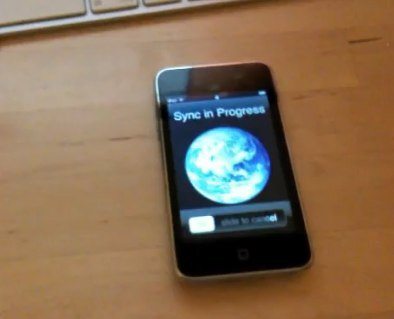