As reported a few days ago it isn’t too long before the new HP TouchPad sees the light of day and enters the public arena as the webOS tablet is due release as of the 1st of July over in the good ole US of A, and today we bring you an array of HP Touchpad promo videos for your viewing consideration, that may or may not sway you one way or the other.

The eight HP TouchPad demo videos come our way courtesy of the guys over at Slash Gear and of course by way of the HP Computers YouTube page, videos that show off the 9.7-inch tablet’s capabilities.

The subjects covered by the footage included the HP TouchPad Making Things Better Together, Wireless Charging with the Touchstone, HP TouchPad Notifications, Multitasking, Just Type, Synergy, Entertainment, and For Work.

We know that the HP TouchPad WiFi version will hit the US with a price tag of $499.99 for the 16GB and $599.99 for the 32GB tablet and even before the device becomes available one analysts has basically said those prices wont attract customers from the Apple iPad.

However that doesn’t stop HP from heavily promoting their webOS slate and why should it, there’s more than enough room in this world for other tablets than Apple gear right? Anyway head on down to check out those videos…enjoy. 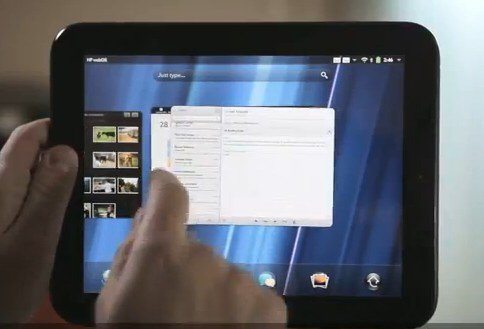