Web search and messaging giant Yahoo! Has now taken its baby steps into the mobile app search game by releasing a new mobile app for both the iOS and Android platforms and is called Y! AppSpot that delivers to the user personalised app recommendations.

According to the guys over at Tech Crunch, the Y! AppSpot app for the iPhone and Android devices scans the users app so that the application will not deliver any apps you already have in results and also shows related app to what apps you currently have.

The Tech Crunch guys have tested the iOS version of the app and they say whilst results aren’t spectacular, they aren’t horrible either with searching for music delivering Pandora as the top app and searching for photo apps delivers Shutterfly as the number one pick. As for Android they haven’t tried that version out yet. 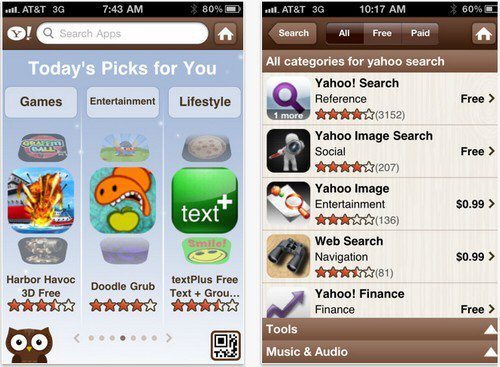