So the newly officially announced Nokia N9 isn’t the only Meego smartphone out there, as Nokia has the Nokia N950 another Meego device but one that more than likely will never make it into the public’s hands as the Nokia N950 is a developer handset, but we do have a video of the Nokia N950 for your viewing pleasure below.

The Nokia N950 video comes our way courtesy of the guys over at Daily Mobile and by way of Czech website Mobilenet, so as you can imagine the just over two minute footage is in Czech so unless you understand the language you’ll just have to get by with the visual.

The author of the article does say that it is a shame the Nokia N950 will never make it into the public arena because the Meego smartphone is a great device perfectly designed with an excellent keyboard, and says the Nokia N950 is virtually identical to the Nokia E7 including a metal hinge.

So there you have it, a Meego smartphone that you will probably never own unless one of these developers slaps it up on eBay of course, anyway head on down and hit that play button to check out the Nokia N950…enjoy. 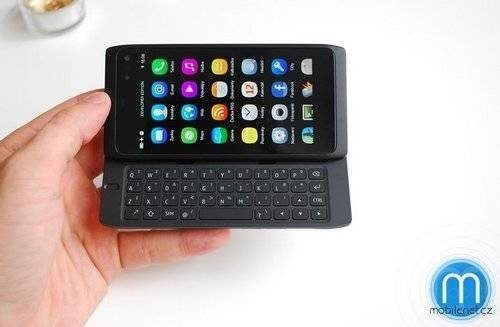