If you are contemplating picking up the latest webOS smartphone from HP, the HP Veer 4G but are still undecided because of the minuscule offering from HP, perhaps a two-part in-depth video review of the HP Veer 4G may sway you one way or the other into making up your mind, so that is what we have for your viewing consideration below/

The two-part video review of the HP Veer 4G comes our way courtesy of Aaron Baker over at Phone Dog and when combined the total viewing length comes to twenty and a half minutes of getting up close and personal with the tiny webOS smartphone.

The HP Veer 4G will probably only appear to a niche market on AT&T due to its tiny size, as it’s definitely not the biggest of the smartphone bunch, and there are several high end devices that could easily blow the HP Veer 4g out of the water such as the iPhone 4, Samsung Galaxy S2, HTC Inspire 4G and so on.

But you may be one of the webOS faithful out there take wants to make the swap from the Palm Pre Plus to the newest webOS handset, a smartphone that offers a rather tiny 2.6-inch display with a slide down full QWERTY keyboard, 5 megapixel camera, HSPA+ connectivity and an 800MHz processor.

And well for your $99.99 on AT&T the HP Veer 4G will at least sit neatly in your pocket. Personally I wouldn’t opt for the HP Veer 4G simply due to its small size, but then there are those that adore tiny handsets, but really the way ahead seem to be with larger display devices.

Aaron does say though that the HP Veer 4G is a pretty impressive little device, and it’s like HP have taken the Palm Pre 2 and shrunk it down to a smaller form factor, although Aaron has found that during testing the Veer 4G battery does die fairly quickly.

Personally, judging by the size of the HP Veer 4G I would have though the smartphone would be more suited to younger people rather than full-grown adults, or perhaps the ladies, simply because of the small touch screen and QWERTY keyboard, as most guys have rather large fingers, but that’s my own observation, so I could be wrong.

Anyway I think I’ve said enough here so I’ll stop right there and let you head on down to hit those play buttons and check out the review of the HP Veer 4G so you can make up your own mind if the tiny device is the smartphone for you or not…enjoy. 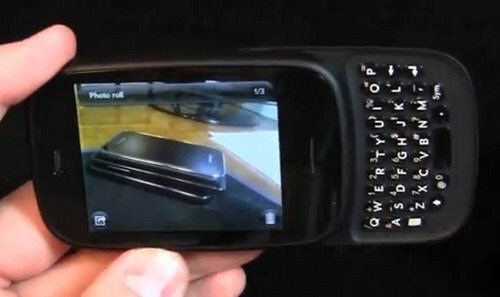