The LG Optimus 3D smartphone deliver that glasses free 3D content experience, also known as the LG Thrill 4G over in the US of A and for those contemplating picking up the Android smartphone we have a video review of the LG Optimus 3D for your viewing pleasure below that may help you make up your mind one way or the other.

The LG Optimus 3D review video comes our way courtesy of the guys over at Engadget and delivers just over six minutes of getting up close with the Android 2.2.2 Froyo smartphone, which they say at 128 x 68 x 11.9mm and 6 ounce weight isn’t too pocket friendly.

Design wise the LG Optimus 3D is fairly streamlined with all curved edges and rounded corners whilst the rear is a two lever design with the cameras sitting on a raised portion although the guys do say that the rear shell can be lifted off easily for gaining access to the SIM and microSD slot without having to remove the battery.

As for those cameras the guys say although they won’t deliver the same clarity as the 8 megapixel snapper on the Samsung Galaxy S II, the LG Optimus 3D 5 megapixel cameras does give satisfactory performance and response in high and low light, while 3D images turn out reasonable well.

As for 3D video capture, the guys tests showed that “ when filming a person slowly walking toward the lens, the effect came out quite well. But as soon as faster-moving subjects unexpectedly entered the frame, video quality quickly deteriorated into patchiness and doubled images.”

In their wrap up the guys say of the LG Optimus 3D that the device “shows flashes of brilliance, but lacks some fundamental qualities,” but the LG Optimus 3D is a “one trick pony,” although those people wanting to enter the 3D tech game will probably be willing to hand over the 500 quid, $820 for the handset.

So, is the LG Optimus 3D smartphone the glasses free 3D device for you? Well as usual I will leave that little decision up to you and let you head on down to hit that play button and check out the review footage of the LG Optimus 3D for yourselves, but feel free to let us know if you are going to purchase the Android handset at some point in the future by posting to our comments area below…enjoy. 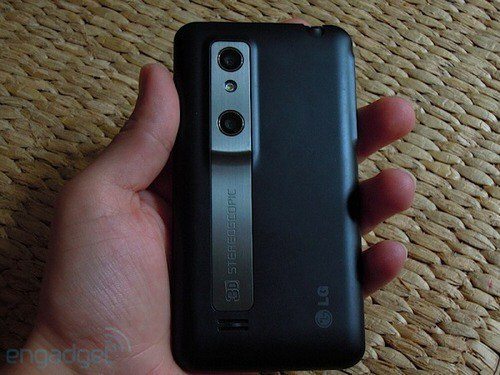