Final Fantasy Tactics: The War Of The Lions well known for the Sony PlayStation gaming console is now being released this week Thursday for iPhone users.

Thanks to the guys over at the Square Enix Europe blog, they report that this game will be available via the App Store on Thursday for only Â£10.99.

Many iPhone gamers have been waiting a while for this release so this week expect a lot of smiles, Final Fantasy Tactics: The War of the Lions is expected to be one of the hits this year for iOS gamers. If you are an Apple iPad owner, you may be a little disappointed because you have to wait a little longer, sorry for the bad news here, the iPad version is coming so please be patient.

Final Fantasy Tactics is the simple name that made its way onto the PlayStation One and was never released in Europe, the iOS iPhone version has had its graphics improved for awesome game play, this remake has also had improved script translation and brilliant animated cut scenes and extra features.

When this game releases on Thursday August 4th we will be back with game and feature details.

Game Details History Recap: The game War of the Lions hit the top of the Japanese gaming charts and sold a massive 100,000 copies in the first month of release in the United States, this game was the 53rd best-selling game of 2007 in Japan at 301,796 copies.

This game will be a hot iOS App Store download and can see it being highly favoured by iPhone smartphone gamers. Please let us know if you will be downloading Final Fantasy Tactics: The War Of The Lions this Thursday, all comments most welcome.

I have never personally got into Final Fantasy games, but please do sway my judgement and let me know why FF games are the best, the more you let me know the more chance I will get to play this new game on Thursday. It is great news that this game is coming to the iPhone and gamers will be over the moon.

The game is a little on the expensive side and personally it should have been a little cheaper, would you pay Â£10.99 for an Apple iPhone game via the App Store? 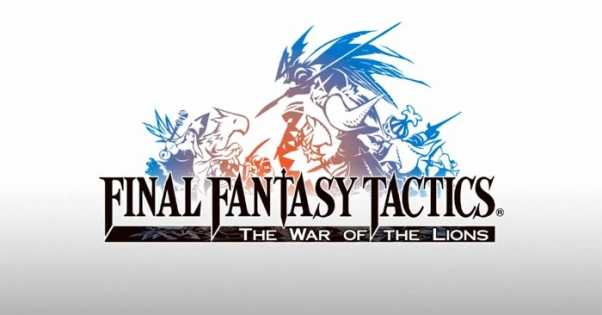