During the IFA event in Berlin, old Sammy took the opportunity to launch what they describe as “a new class of mobile devices,” apparently a device that fits the gap between smartphone and tablet and is called the Samsung Galaxy Note 5.3 with a larger display than a smartphone but slightly smaller than a tablet.

Apparently its that S Pen interface that makes the Samsung Galaxy Note 5.3 a great device for taking notes and it enables the user to use what s known as “Free Capture Mode” that allows the user to capture any area of the screen using the S Pen and also draw objects like any usual stylus.

We also have a couple of videos about the Samsung Galaxy Note 5.3 courtesy of Samsung Tomorrow, one lasting almost four and a half minutes where Samsung unveils the device, and the other is an introduction video lasting just over a minute, so don’t forget to check them out below.

As for just when the Samsung Galaxy Note 5.3 will become available, where and what price it will command, well Samsung has decided to keep that bit of information to themselves for now, but as soon as we know we’ll let you know.

So head on down, mash those play buttons and check out the Samsung Galaxy Note 5.3, and feel free to let us know if this Android device captures your attention with a view to possibly picking it up once it hits shelves…enjoy the footage. 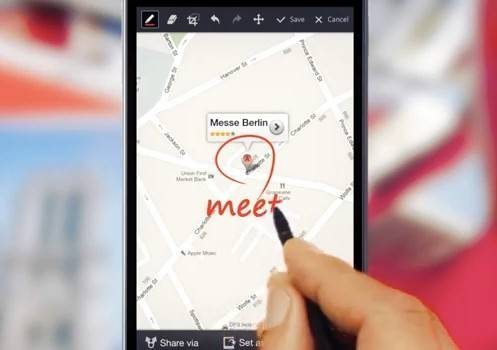 One thought on “Gingerbread Galaxy Note 5.3 Launched By Samsung: Videos”