Phones Review Quickie: The other day Samsung added three new smartphones to their expanding Bada range and added the Samsung Wave 3 with the Bada 2.0 operating system as Samsung attempts to move slightly away from their dependency on Android, and now we have a hands-on video with the Samsung Wave 3 for your viewing consideration below.

The Samsung Wave 3 hands-on video footage comes our way courtesy of the guys over at Slash Gear who were at IFA 2011 in Berlin, and delivers an almost tow minute look at the latest Sammy Bad 2.0 smartphones.

According to Chris, the Samsung Wave 3 is pretty responsive, and that Bada 2.0 OS looks a bit like Android, but Chris says we won’t hold that against them too much, although their article does say they are not too sure if they would pick up a Bada 2.0 handset over an Android one.

The Samsung Wave 3 does offer some cool features though such as “audio multitasking,” which doesn’t pause music playback when navigation is announced and simply lowers the volume as you receive directions, and WiFi Direct support along with “N screen” file sharing.

Naturally there’s no word on just when the Samsung Wave 3 will becomes available or at what price point or which markets will see the device, so until then you can head on down and mash that play button to check out the Samsung Wave 3…enjoy.

Any of our readership own a Samsung Bada handset at the moment and thinking of upgrading to the Samsung Wave 3? If so feel free to let us know by posting to our comments area below. 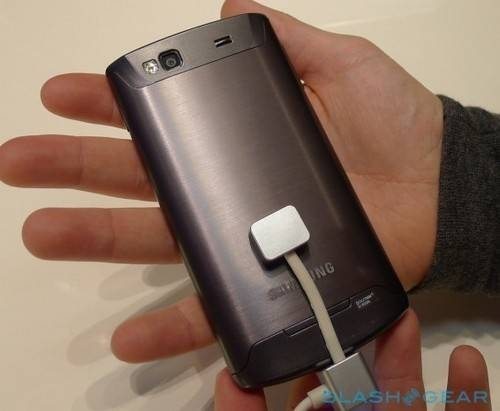