Last month it came to light that a project was started to deliver Android to the now defunct webOS slate, the HP TouchPad, the project is called TouchDroid, and we haven’t heard a great deal since, but now we have a little video footage for your consideration below as apparently the TouchDroid tem have now managed to get the HP TouchPad touch screen working with Android 2.3.5 Gingerbread.

The HP TouchPad working with Android 2.3.5 comes our way courtesy of the guys over at Liliputing and by way of YouTube user Fnj001, and delivers a minute and a half of showing off Android 2.3.5 Gingerbread working on the slate’s touch screen.

The guys have previously managed to get Android to boot on the slate, but getting Android to work on the HP TouchPad touch screen was one of the biggest obstacles, but they have now apparently accomplished the feat.

In the video footage they use a test app called “touch test” to test the touch screen driver and shows that the touch is fairly smooth with no skipping or lagging, and also works with multi-touch, both 5 and 10 fingers.

Thus it would appear that the TouchDroid project to bring Android to the HP TouchPad is processing quite nicely, although there is currently no word on when the remained of the slate will be compatible with the Android platform.

That’s your lot, for those that own an HP TouchPad and are hoping to eventually run Android, head on down and mash that play button to check out the HP TouchPad touch screen working with multi-touch drivers…enjoy. 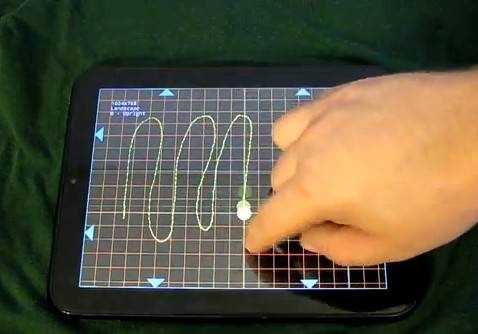