It appears that there s a new BlackBerry smartphone popping up on the net waves that is somewhat of a mysterious device, a rather strange looking BlackBerry that sports a rather futuristic looking QWERTY keyboard, and is apparently the BlackBerry Bold 9980 (R47), and this handset has been captured on video, which we have for your viewing consideration below.

The BlackBerry Bold 9980 (R47) walkthrough video comes our way courtesy of the guys over at Phone Arena and by way of BlackBerryCN and delivers a seven minute tour of the new smartphone albeit the commentary being Chinese.

The Phone Arena guys this new BlackBerry has similar port placing of the proximity sensor, camera and flash as the BlackBerry Bold 9900 / 9930 but the volume/mute, lock buttons and the microSD slot are in a different position while the device seems to be running BlackBerry OS 7.

According to the guys over at BlackBerryOS, they say that the handset is a Research In Motion special edition with the codename “Knight” and is especially for Porsche owners and has the inscription “Proceeding” etched into it top front.

As you will see in the video, this BlackBerry Bold 9980 (R47) has a rather strange looking QWERTY that appears to have ridged keys that apparently offers some kind of tactile feedback whilst there appears to be a “touchpad” in the centre of four BlackBerry buttons. 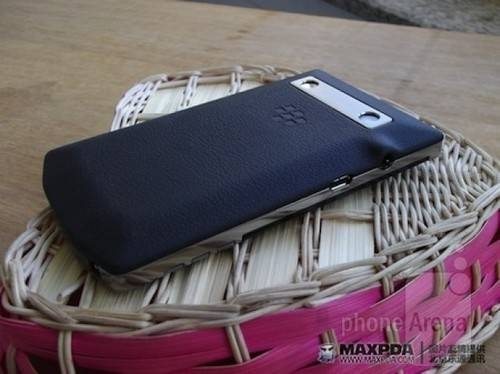