Yesterday we reported the news that Amazon would be taking their first step into the tablet arena on the 28th of this month and unveiling the first Amazon Android tablet, and now we have more details on the first Amazon slate that rumours have claimed may be able to take on the Apple iPad.

According to the guys over at Unwired View, the guys of Techcrunch have managed to get some playtime with the new Amazon Android tablet, which will apparently come out to play with the moniker “Kindle Fire.”

So we now have some details on this new Kindle Fire tablet, the slate is of the 7-inch variety with a backlit screen, and a TI dual core OMAP chip, and with apparently a build that resembles the BlackBerry PlayBook and will run an Amazon customised version of Android 2.1.

So there are two things going against the Kindle Fire to begin with, first a similar build to the BlackBerry PlayBook, a tablet that hasn’t done too well, and then slapping Android 2.1 onto the slate albeit Amazon customisation, surely Amazon should have at a minimum made it an Android 3.1 Honeycomb slate.

With the Kindle Fire you do get access to the Amazon Appstore though and word is Amazon has been working on media content by signing deals with the likes of FOX to enable the streaming of films and shows.

Availability wise it is said that the Kindle Fire will become available as of the 2nd week of November, and that the Android slate will command a price tag of $250, although according to rumours if you hand over $300 for the tablet you’ll an Amazon Prime membership thrown in, which usually costs $79 per year. 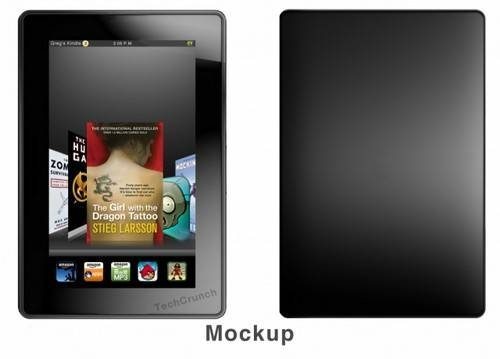