Here’s a little something that should make the iOS faithful smile as they love to hear that all Apple devices are riding high and grabbing awards and such, the Apple iPad 2 can now lay claim to being the tablet of the year 2011 with T3 and beating rival Android slates in the process.

The T3 tablet of the year 2011 places the Apple iPad 2 up against such slates as the Motorola Xoom, BlackBerry PlayBook, Acer Eee Pad transformer, Samsung Galaxy Tab 7 and the LG Optimus Pad.

They don’t actually say why they have crowned the Apple iPad 2 as the tablet of the year, but apparently it could be due to the iOS slate being so dominant in the tablet market, and if that’s the case it seems it was a forgone conclusion so not very surprising.

However, Apple didn’t have it all their own way in the T3 awards, as when it comes to the winner of the T3 phone of the year 2011, no it isn’t the iPhone 4 that grabbed the crown but rather the Samsung Galaxy S II, so the Android faithful and smile about that.

So do you agree with the outcome of these categories? Should the iPad 2 have been crowned the tablet of the year or do you think another slate deserves the title, and do you think the Galaxy S II is more worthy of the title phone of the year than the iPhone 4?

Feel free to voice your opinions and suggestions to our comments area below. If you have enjoyed this Phones Review article feel free to add me your circles on Google+ and I will of course add you back. 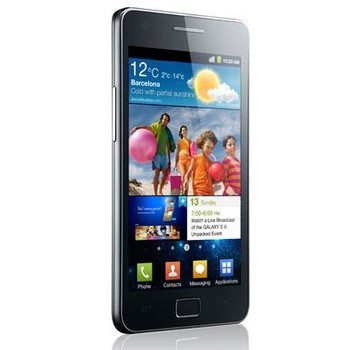