If you are a mobile gamer on iOS or Android and have a fondness for the speedy blue hedgehog that made his debut a long time ago on the Sage console, and would love to run the spiky blue chat through numerous new levels collecting golden rings and battling Dr Eggman, you just might like to know that the new Sonic CD app for both iOS and Android have now been released.

According to the guys over at Slash Gear, Sonic CD for iOS devices is now available to download to your iPhone, iPod Touch or Apple iPad, and after a little confusion over whether the Android version was available the guys updated confirming Sonic CD for Android was indeed available.

The Sonic CD app for iOS and Android is a revamp of the classic Sonic game and the blue hedgehog can now apparently travel through time, both to the future and the past, and of course Sonic’s fury fox friend Tails comes along with him.

If you are a past fan of Sonic on the Sega console, much like I was, playing the original Sonic into the early hours of the morning, then Sonic CD for iOS and Android could well be right up your street. If you are new to Sonic I’m sure you’ll get hooked on the little hedgehog just as much as previous gamers did. 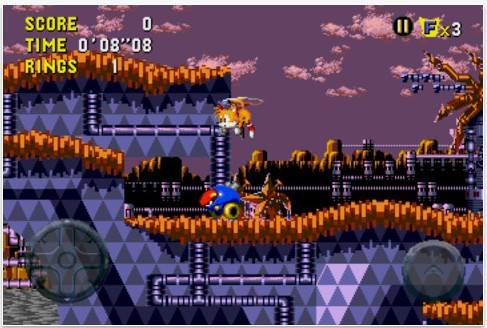