We all know just how much the iOS faithful love the Siri voice assistant, and it appears that Apple wants everyone to know that everyone loves using Siri by getting the fat guy in the red suit known for this time of year for dropping down chimneys, to appear in their latest commercial for Siri, of course we have that commercial for your viewing consideration below.

It appears that Santa Claus is getting a tad old and thus can’t seem to find his way around like he used to, so needs an iPhone 4S with Siri to show him just how to get to where he needs to be at Christmas time.

The Apple iPhone 4S TV Ad Santa video comes our way courtesy of the guys over at iDownload Blog and by way of the official Apple YouTube page, and the old white bearded guy even gets a message from Mrs Claus saying go easy on the cookies.

Obviously Apple is looking to shift as many iPhone 4S handsets as possible this festive season and what better way than to get Santa to tout the smartphone and its best feature Siri as a selling point. One does have to wonder if Siri can actually store 3.7 billion appointments though as suggested in the video.

Anyway, all you need do now is head on down to hit that play button and check out the latest iPhone 4S Siri advert to come out of the Apple camp. Will you be getting an iPhone 4S this Christmas…enjoy. 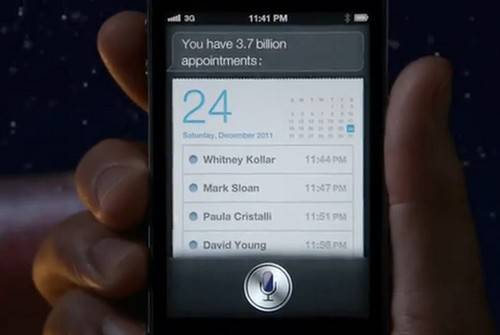