For the mobile gamer on the Android platform that likes a taste of battle in the form of a first person shooter with high intensity and apocalyptic battles you might like to know that Gameloft has now made Modern Combat 3: Fallen Nation for Android available for purchase for Android 2.1 devices and above.

According to the guys over at Droid-life, if you are a fan of suck first person shooter games like Call of Duty or Battlefield 3 then you will more than likely fully enjoy Modern Combat 3: Fallen Nation for Android.

Modern Combat 3: Fallen Nation for Android is packed with a massive story mode along with thirteen missions for you to take on from L.A. to Pakistan, and experience differing types of gameplay such as 4X4 chase, helicopter, destroy, escort and more.

Modern Combat 3: Fallen Nation for Android also features multiplayer mode on smartphones whereby the gamer can enter battles with up to 12 players across six exclusive maps and seven different modes whilst using customised weapons to move up the leaderboards.

However in order to download the Modern Combat 3: Fallen Nation app to your chosen Android device you might need to dump a few of your other games as the app weighs in at a hefty 1.37GB so could put a hefty dent in your storage.

We also have a quick demo video of Modern Combat 3: Fallen Nation courtesy of the Gameloft YouTube page so don’t forget to hit that play button and check out all the action, and then you can hit up the Android Market and grab the game for Â£4.99, $6.00 US…enjoy. 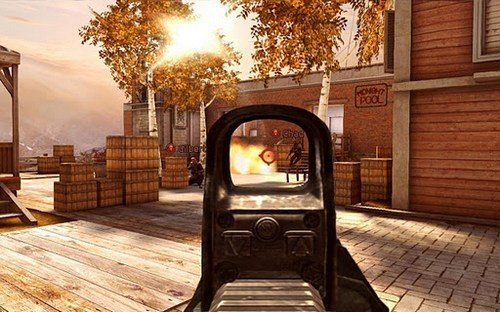