So whether or not you have managed to get hold of the Asus Transformer Prime Android tablet or you are still waiting to snap it up or have it on pre-order, when you do get to play the your Tegra 3 Asus Transformer Prime, you’ll need some Tegra 3 games to spend your downtime playing, and one such game has now hit the Android Market.

According to the guys over at Droid-life, there is now a Tegra 3 version of Shadowgun for Android available to download once you have your Asus Transformer Prime in your playful hands and is a quad core optimised version of the game.

The Tegra 3 version of Shadowgun for Android also offers enhanced rag-doll physics, particle effects, console quality water, dynamic textures along with enhanced shaders and all possible due to that Tegra 3 processor along with its powerful GPU.

With Shadowgun for Android you play the role of bounty hunter John Slade, on a mission to hunt down maniacal genius and leader of a mutant army, Dr Edgar Simon. Featuring the most advanced combat AI to date enemies will take cover, flank and utilise teamwork to take you out.

And just so you get to know what the Tegra 3 version of Shadowgun for Android looks like we have a demo video for your viewing consideration below, so don’t forget to hit that up and check out the game.

For those that are waiting to get their hands on the Asus Transformer Prime and would like to download Shadowgun for Android once they get the tablet they can do so from the Android Market at a cost of Â£3.49 roughly $5. 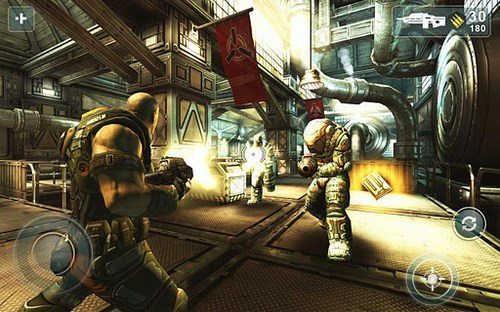