According to the guys over at Phone Arena by way of Sammy Hub, spec wise the Samsung Star 3 is said to pack a 3-inch QVGA TFT LCD display along with a 3.2 megapixel camera with video support, EDGE connectivity, Bluetooth 3.0, WiFi, 20MB internal memory, microSD expansion up to 16GB, TouchWiz Lite, and a 1000mAh battery.

Design wise the Samsung Star 3 looks virtually identical to the Star 2, and basically the most notable additional feature with the Star 3 is that ChatOn experience whilst other features include a music player with SoundAlive, and an FM radio with RDS.

And that’s about it, other than both Samsung handsets should release later this month in Russia, along with plans to launch in Southeast Asia, the Middle East, Africa, Latin America, Europe and CIS, and at some point in Southwest Asia, no word on what that affordable price will be though. 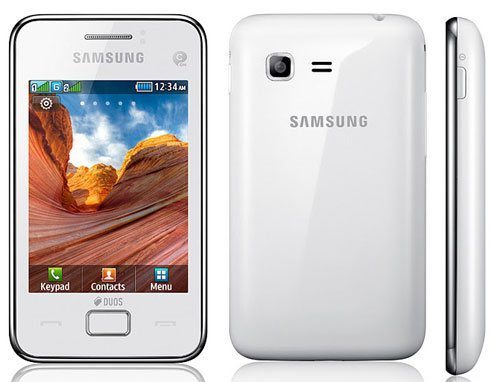