There are numerous smart-watches coming to the mobile space, mostly on the Android platform, but will there ever be an iOS compatible smart-watch? Well there isn’t one available at the moment that can play along nice with your iPhone; however bring the iOS faithful into the James Bond style arena there is the iWatch2.

According to the guys over at iDownload Blog the iWatch2 is the concept vision of ADR Studio, and is the second iteration of the wristwatch, with the original obviously being called the iWatch.

ADR Studio might just sound familiar to some, as they were the people that recently came up with the iPhone SJ (Steve Jobs) concept we reported on previously.

Apart from that sleek design the iWatch2 concept puts forward an impressive feature set that includes a built in front facing camera along with a mini LCD projector and a 32GB hard drive and is capable of connecting to both the iPhone and the Apple iPad.

However we must remind you that the iWatch2 is a concept so the probabilities of it ever seeing the light of day are minimal, but as with most things there is always a possibility.

So we’d like to ask our iOS faithful readers out there if they would like to see the iWatch2 become a reality and be produced. Would you purchase the iWatch2 if it became available? 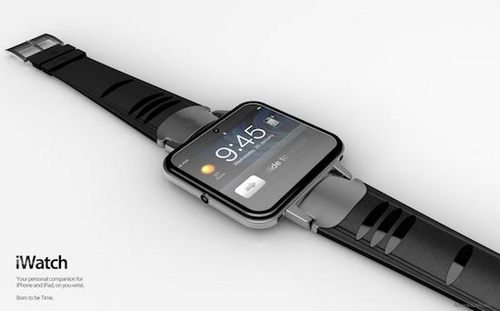