In the past there has been several articles over labor practices in the mobile space, some concerning the manufactures that produce the iPhone and Apple iPad, and now the word is there is an online petition that asks Apple to make its next generation iOS smartphone, what is currently being referred to as the iPhone 5, “ethical.”

According to the Washington Post, online petition website SumofUs.org, is running the particular petition that has garnered thus far 40,000 signatures and asks Apple to “overhaul the way its suppliers treat their workers in time for the launch of the iPhone 5.”

The exec director of SumofUS, Taren Stinebrickner-Kauffman uses Apple gear and has said that she would like to see Apple reform their labor practices even if doing so would mean passing some of the cost to customers or Apple profit margin taking a hit.

Stinebrickner-Kauffman added that she thinks many people love Apple gear but are unhappy over the labor conditions, and says that if you wouldn’t have a slave in your home you shouldn’t want one making your iPhone.

Thus far Apple has not released an official statement on the opposition of its labor practices although they did last month release their annual audit of their supply chain and a list of suppliers that included recorded environmental and labor violations.

So there it is, if you feel strongly about the labor practices and want Apple to make the iPhone 5 more “ethical” then head on over to SumofUS.org and sign the petition. 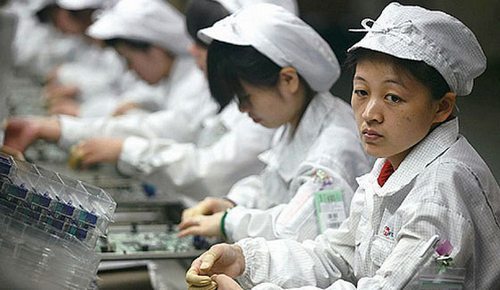