Other than every little rumour about the upcoming iPhone 5 there are of course numerous rumours on what the next generation Apple iPad will bring, and today we have some more speculation about the Apple iPad 3 in the form of images that show details about Apple’s next iOS slate, which apparently an unnamed source says he has in his possession.

The Apple iPad 3 images come from the guys over at the Boy Genius Report, who says their source claims he owns an iPad 3 prototype and said imaged contain the output data from the iOS tablet using the iBoot development and debugging tool.

We previously reported on speculation that there would be two new iPads coming out to play, one high end and one mid-range, and it appears that there will be two tablets however not different devices. The guys say there are two models, J1 and J2, one with WiFi only and the other with WiFi and embedded GSM/CDMA/LTE for all carriers.

The images also seem to confirm that the Apple iPad 3 will arrive sporting an A6 S5L8945X quad core processor, something that has been rumoured for quite some time, and will make the Apple iPad 3 the fastest iOS device ever to come out of Apple.

Having said all this, of course as Apple hasn’t confirmed anything, and thus the images haven’t been confirmed as true, all this still remains in the land of speculation and should be treated as such. 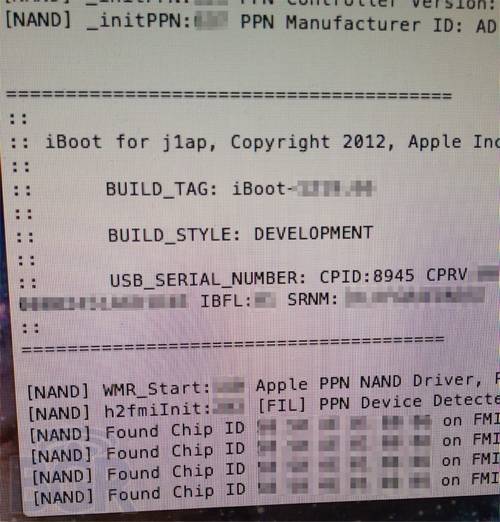