No doubt everyone in the Android space that doesn’t yet own an Android Ice Cream Sandwich device is waiting on getting an official update to Android 4.0, and although the Samsung galaxy S2 is approaching one year old the smartphone will gain ICS at some point this quarter, but if you don’t mind tinkering with your handset you can try ICS out right now.

According to the guys over at Pocket Now, the guys over at SamMobile, have released the latest official ROM leak for the Samsung Galaxy S2, with the firmwear being relatively fresh on the 29th of January with a build number of I9100XXLPB.

Apparently this operating system version is Android 4.0.3 and Samsung TouchWiz on top and has some improvements and the guys say they gave the ROM a whirl on their European Samsung Galaxy S2 the ROM looks smooth, fast and stable and thus far haven’t found any bugs.

And we have a three and a half minute video checking out the Android 4.0.3 ROM build on a Samsung Galaxy S2 for your viewing consideration below so head on down and mash that play button to check out the footage.

The changes found thus far include the battery is a lot better than previously, feels the same as LP6, the interface gives a kind of 3D effect when scrolling, Facelock works fine, and a better score than LP6.

So there you have it if you wish to give this latest leaked official Android 4.0.3 ROM a whirl on your Galaxy S2 you can grab all the necessary by hitting up Here. 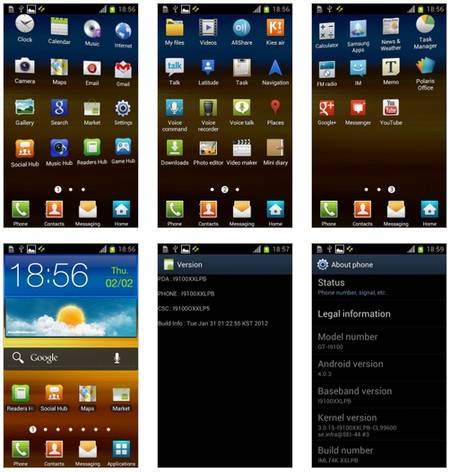